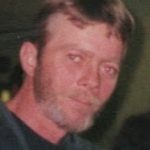 George W. “Bo” Haswell, 65, formerly of Ellwood City, passed away on Saturday, December 31st, 2022 at the Quality of Life Services in New Castle.

Bo was born on February 10th, 1957 in Ellwood City to the late, Francis B. and Janice (Duncan) Haswell II. He graduated from Lincoln High School. In his younger years, Bo worked for Aiken Refuse in the recycling department. He was a simple man who enjoyed being outdoors where he could hunt and fish.

He is survived by his sisters, Lori Haswell of Fombell and Jodi (Robert) Lumley of Ellwood City, and several nieces and nephews.

He was preceded in death by his parents, and his brother, Francis B. “Luke” Haswell III, whom he dearly missed.

As per Bo’s wishes there will be no visitation or service. Final arrangements have been entrusted to the Samuel Teolis Funeral Home and Crematory Inc.