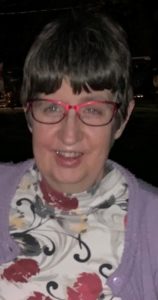 Glenda L. Cancelliere, 60, of Franklin Twp. passed away unexpectedly on Friday, October 29, 2021 at her residence.

Glenda was born in New Brighton on February 23, 1961 to the late William S. Cancelliere and Sandra Leann (Barnett) Ringle. She is a member of the Riverside High School class of 1981, and the Lillyville Church of God. She also attended the Phoenix Drop In Center in Rochester. Glenda enjoyed playing bingo, bowling, making necklaces, and listening to the Pickle Radio Station.

She was preceded in death by her parents, maternal grandparents, Gerald and Betty Barnett, and paternal; grandparents, Robert and Freda Frederick.

Visitation will be held on Wednesday from 1-3 pm and 5:00 pm until the time of the service at 7:00 pm at the Samuel Teolis Funeral Home and Crematory Inc..