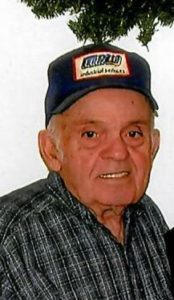 Mr. DeFonde was born on May 30, 1922 in Ellwood City to the late Angelo and Mary Innocent DeFonde, Sr.. He had enlisted with the U.S. Army on October 31, 1942 and served with the 1st Base Air Depot 39th supply section with the rank of corporal  until his discharge on February 5, 1946.  He was awarded the Good Conduct Medal, American Campaign Medal, European African Middle Eastern Campaign Medal, and the World War II Victory Medal.  Following his service with the Army, Guy worked at the Aetna Standard Engineering Co. as a fitter, and later at the Babcock & Wilcox Steel Mill in both Koppel and Beaver Falls in the maintenance department as a welder and pipe fitter. Nootch enjoyed working on cars and gardening.

He was preceded in death by his parents, his first wife Violet Goodwin DeFonde in 1970, his second wife Dorothy P. Rutter DeFonde in 2009, his sisters Frances and Antionette DeFonde in infancy, and Carmella Statti Cola, and his brothers, Charles DeFonde, Angelo DeFonde, Jr., and Anthony “Tony” DeFonde.

A private family visitation will be held on Friday at the Samuel Teolis Funeral Home, Inc and Cremation Services. Inurnment will be at the Locust Grove Cemetery.