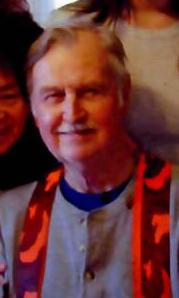 Mr. Harvey Richard Guy, 83, of Ellwood City passed away surrounded by family on Wednesday, March 13, 2019 at the West Penn Hospital.

Mr. Guy was born on April 5, 1935 in Ellwood City to the late Norman and Kathryn (Booher) Guy. He had graduated from Lincoln High School with the class of 1953. He enlisted with the United States Marine Corps and served during the Korean War until his discharge on May 13, 1957 with the rank of Lance Corporal. Harvey had worked at Cons Welding and Fabricating in Mahoningtown, and was the owner and operator of the Guy Farm in Wayne Twp.. He is a member of the Slippery Rock Presbyterian Church and enjoyed hunting.

He was preceded in death by his parents, his son, Steven Guy, his grandson, Stevie, his sister, Norma Jean (Guy) Chesko, and his son-in-law; Brant E. “Bud” Buchanan, Jr..

A private family gathering and Service will be held at the Slippery Rock Presbyterian Church with Rev. Caroline Moss officiating. Interment will be at the Slippery Rock Cemetery. Full military honors will be conducted by the Veterans Honor Guard. The funeral arrangements are entrusted to the Samuel Teolis Funeral Home Inc. and Cremation Services.