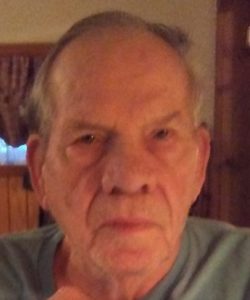 Howard was born on November 21st, 1945 in Ellwood City to the late Lemont and Elizabeth (Burr) Campbell. He worked for Ellwood City Poultry as a butcher, the Babcock & Wilcox Steel Mill as a janitor, and most recently as a dishwasher at the Holiday Inn. He was a member of the Park Gate Baptist Church. An avid sports fan, Howard enjoyed playing slow pitch softball, he played for the B & W team and in the Ellwood City Church League. He also enjoyed watching basketball, especially Duke.

He was preceded in death by his parents, sisters, Marion Horrell and Margaret Giancola, brothers, William, Robert, Lawrence “Richard”, and Erwin “Bud” Campbell.

Visitation will be held on Monday, May 2nd from 3-7 pm and on Tuesday from 10:00 am until the time of funeral service at 11:00 am at the Samuel Teolis Funeral Home and Crematory Inc., with Pastor Zach Fry officiating. Interment will follow at the Grove Cemetery in New Brighton.