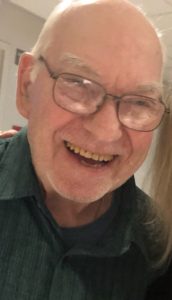 Mr. Snyder was born on April 15, 1935 in Rochester, PA to the late Amelia (Noski) and Charles Snyder. Ira attended Beaver Falls High School and graduated with the class of 1953. He had worked as a machinist at the Babcock & Wilcox steel mill in Koppel until he retired. Then he worked another 20 years as a janitor at Trinity Lutheran Church where he attended. He was a black belt in Karate, he loved to hunt and fish, and was a motorcycle enthusiast. He was also a great gardener. He will be sadly missed by his loving family.

He was preceded in death by his parents, his wife, Patricia A. (Safreed) Snyder whom he married on September 13, 1953 and passed away on September 12, 2018, and several brothers and sisters.

Due to the COVID-19 pandemic there will not be a public service. A private family service will be held at the Samuel Teolis Funeral Home and Crematory Inc.. Inurnment will be at the North Sewickley Cemetery.