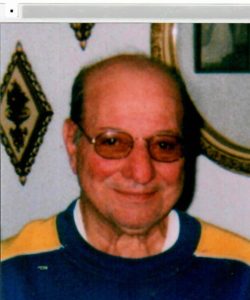 Mr. James F. Pirrera, 88, formally of Ellwood City, passed away peacefully on Tuesday, July 14, 2020 at The Grove at Harmony.

Mr. Pirrera was born September 10, 1931, in Ellwood City to the late Gesualdo and Josephine (Buona) Pirrera. He graduated from Lincoln Highschool with the class of 1949. He then enlisted into the United States Marine Corps where he earned medals for Navy Occupation, National Defense, and Good Conduct.  Mr. Pirrera loved the Pittsburgh Steelers, Penguins, and Pirates, and was an avid bowler, participating in several travel teams.

He was preceded in death by his parents, his sisters Pauline Fanto, Rose Pirrera, Katherine Pirrera, Lucy Koah, and Anna Butchelli, and his brothers, Anthony, Angelo, and Mario.

As per Mr. Pirrera’s wishes there will be no public visitation or service, interment will be at Locust Grove Cemetery. Funeral Arrangements have been entrusted to The Samuel Teolis Funeral Home and Crematory Inc..