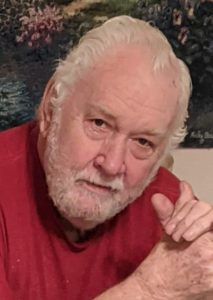 Mr. James Raymond Hill, 80, of Franklin Twp. passed away on Saturday, December 11th, 2021 at his residence.

Mr. Hill was born in Ivanho, Virginia, on February 18th, 1941 to the late Edgar R. Hill and Wilma (Brown Hill) Kerry. He had graduated from Lincoln High School with the class of 1958. Jim worked at the Babcock & Wilcox Steel Mill in both Ambridge and Beaver Falls until it closed. Following the mill closing, Jim worked as a truck driver for Lloyd Myers and Youngblood Paving. He is a member of the Lillyville Church of God. An avid outdoorsman, he enjoyed hunting and fishing. He was a member of various pool leagues in both Ellwood City and Beaver Falls, the MOOSE Lodge #93, and Air Fitness.

He was preceded in death by his parents, daughter, Virginia B. “Ginny” Butchelli, and grandson, Marc Hill.

Memorial donations in Mr. Hill’s name may be made to the Lillyville Church of God.