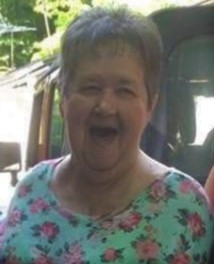 Mrs. Edinger was born on December 7, 1937 in Koppel to the late Charles and Lorretta (Snedeker) Stanton. She had attended Lincoln High School, and for many years worked for Plaza Maintenance as a custodian. She enjoyed cooking, baking, shopping, and most of all spending time with her family.

She is survived by her husband, Donald C. Edinger whom she married on September 11, 1970, her daughters, Lorene Hopper of Mt. Jackson, Tina (Frank) Miller of Hillsville, and Kara Edinger-Jacoby of Koppel, her son Harry Fisher of North Sewickley Twp., her twenty grandchildren, and nineteen great-grandchildren. She is also survived by her sister, Carol (Jerry) Partington of Florida, and her brother, Charles (Sheila) Stanton of Ellwood City.

She was preceded in death by her parents, and her sons, Randy L. Fisher, and Donald C. Edinger II.

Visitation will be held on Thursday from 2-4 and 6-8 pm and on Friday from 11:00 am until the time of the service at 1:00 pm at the Samuel Teolis Funeral Home and Crematory Inc. with Pastor Steve Phyler officiating.  Interment will be at the Grandview Cemetery in Beaver Falls.