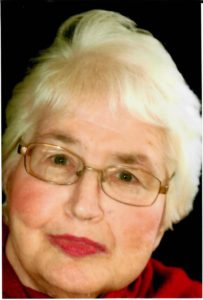 Janet was born on September 20, 1946 in New Brighton to the late James and Mary (Stump) Rexroad. For many years she had worked at Trinity Oaks in Franklin Twp. as a nurses aide. Janet enjoyed playing bingo, working crossword puzzles, and most of all her grandchildren.

She is survived by her daughter, Karen (Derek) Blatchford, her sons, David Raisley and William John Raisley III, her grandchildren, Daniel Toy and Raven Yhelka all of Ellwood City, her sister, Caroline Pike of Texas, and her brothers, Scotty (Patty) Rexroad of Raccoon Twp. and Gary Rexroad of Vanport.

She was preceded in death by her parents, her brothers, Kenneth and James Rexroad, and her brother-in-law, Pete Pike.

Family and friends will be received on Saturday from 10:00 am until the time of the Memorial Service at Noon at the Samuel Teolis Funeral Home and Crematory Inc. with Rev. Travis Richendrfer officiating.