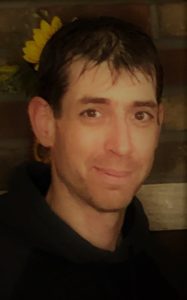 Jason was born in Ellwood City on May 1st, 1981 to the late James Francis and Rhonda Goehring of Franklin Twp..

He had worked at EDRO Specialty Steel in Ellwood City for the past twenty years as a machinist. He enjoyed working on cars and metal working.

Jason is survived by his wife, Brittany (Lilly) Francis whom he married on September 28th, 2002, daughter, Brianna Francis, and brother, Jordan Dimuccio.

He was preceded in death by his father, and daughter, Kaitlyn “Kait” N. Francis.