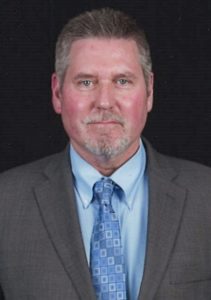 Jeff was born in Ellwood City on January 28, 1956 to the late James E. Barnett and Betty (Sheidemantle) Pappa. He had graduated from Lincoln High School with the class of 1974 and was a member of the high school basketball team. Jeff had attended the Community College of Beaver County, and earned his electricians certification through the Brotherhood of Electrical Workers Local Union 712. For many years he worked as an electrician for Bruce & Merrilees in New Castle through the Local Union 712. He was a member of the former Knox Presbyterian Church. He is a member of the Ellwood City Lodge No. 599 of Free and Accepted Masons, and a former member of the Ellwood City Saxons Club. An outdoorsman, Jeff enjoyed quad riding and keeping the quad trails open for others to enjoy, swimming, and was always available to lend a hand to family and friends.

He was preceded in death by his parents, sister, Judy Kingston, and father-in-law, Dwayne Main in 2006.

Visitation will be held on Friday from 2-4 and 6-8 pm and on Saturday from 10:00 am until the time of the service at 11:00 am at the Samuel Teolis Funeral Home and Crematory Inc. with Rev. Marsha Parrish officiating. Interment will follow at the Slippery Rock Church Cemetery.

Memorial contributions in Jeff’s name may be made to the Ellwood City Area Public Library.