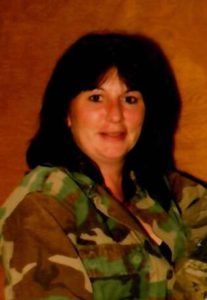 Jennifer L. Orock, 50, of Ellport passed away unexpectedly on Monday, April 30, 2018 at the UPMC Presbyterian Hospital in Pittsburgh.

Jennifer was born on July 14, 1967 in Ellwood City to Diana (Sera) Barton of Ellwood City and the late John L. Barton. She is a member of the Lincoln High School class of 1985, and the Holy Redeemer Parish family.  Jen had worked at the Ellwood City Ledger in the circulation and advertising departments, and most recently at Blair Personnel Care Home. She loved gardening, watching the children from her neighborhood while they where growing up, and most of all being with her grandchildren.

Family and friends will be received on Thursday from 3-7 pm and on Friday from 11:00 am until the time of the Blessing Service at Noon at the Samuel Teolis Funeral Home, Inc. and Cremation Services with Father Mark Thomas officiating. Interment will be at the Holy Redeemer Cemetery. Memorial contributions in Jennifer’s name may be made to the UPMC Children’s Hospital, Pittsburgh, Pa.