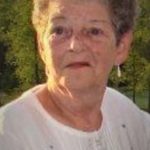 Mrs. Joanne C. Best, 83, of Fombell passed away peacefully at her residence on Monday, September 26th, 2022 with her loving family at her side.

Mrs. Best was born in Franklin Twp. on February 8th, 1939 to the late Joseph and Dorthea (Kirkwood) Wright. Joann was a homemaker and enjoyed camping and spending time with her family members.

Visitation will be held on Wednesday from 11:00 am to 1:00 pm and 3:00 pm until the time of the service at 6:00 pm at the Samuel Teolis Funeral Home and Crematory Inc. with Pastor Dennis Arndt of the Lillyville Church of God officiating.

Mrs. Best’s family would like to thank Lutheran Senior Life VNA Hospice for the wonderful care they gave to Joanne.