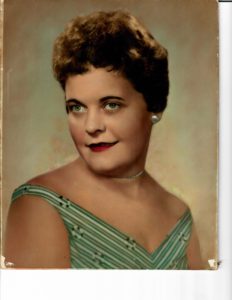 Joann E. (Neff) Parau of The Grove at Harmony, formerly of Ellwood City, passed away at the Butler Memorial Hospital on Saturday, October 21, 2017.

Joann was born on December 8, 1931 in New Castle to the late Curtis and Anna (Duvall) Neff. She is a member of the Lincoln High School class of 1949. Joann had worked at the former Lawrence Savings and Trust, Lawrence County Board of Assistance, and the Lawrence County Housing Authority. Joann was an encyclopedia of movies and movie stars, and could tell you anything about them. She loved people and loved talking. While growing up she had attended the Calvin United Presbyterian Church.

Joann is survived by her daughter and son-in-law Laurie (Richard) Stubler, Jr., and several nieces and nephews.

She was preceded in death by her parents, and her brother David K. Neff.

As per Joann’s wishes there will not be a public visitation or service.

The family would like to thank the staff at The Grove at Harmony, and the Butler Memorial Hospital ER and ICU for their wonderful and loving care of Joann.