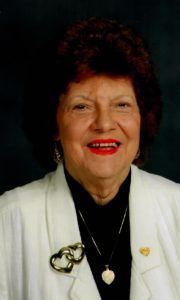 Mrs. Hart was born on June 9, 1935 in Pittsburgh to the late Stephen and Cecelia (Schultheis) Uhrin. She along with her husband Michael where the co-owner/operator’s of Caveman Answering Service and Advertising while they lived in Grants Pass, Oregon. She also had worked at both West Penn and Shadyside Hospital’s. Joann was a devoted member of the Holy Redeemer Parish  where she served as a Gretter for several years. She enjoyed crossword puzzles, flower gardening, and had a great sense of humor. Her greatest joy was spending time with her family.

She was preceded in death by her parents, her husband, Michael J. Hart whom she married on April 19, 1952 and passed away on March 11, 2002, her daughters, Michelle Thayer in 2005 and Mary Ann DeGarmo in 2016, her brother, Gerald Urban, and her brother-in-law, Herbert Haas.

Memorial contributions in Mrs. Hart’s name may be made to the Holy Redeemer Angel Fund.