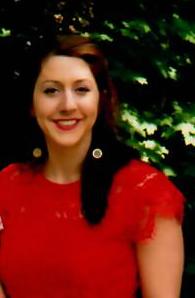 Jocelyn was born on December 16, 1989 in Ellwood City to Chester C. McCrumb and Pamela (Hufnagel) Graham. She had graduated from Lincoln High School with the class of 2008 and from Gannon University in 2012 with a degree in nursing. While at Gannon, she was enlisted with their ROTC program and held the rank of 2nd Lieutenant. On August 28, 2012 she enlisted with the U.S. Army and served until her discharge on June 26, 2020 with the rank of Captain. She had served in Germany for 3 1/2 years and had a tour of duty in Iraq. She was awarded the Army Commendation Medal, Joint Service Achievement Medal, National Defense Service Medal, Global War on Terrorism Service Medal, Army Service Ribbon, and the Inherent Resolve Campaign Medal with Campaign Star. While stationed in the states she was working at the Walter Reed National Military Medical Center in Bethesda, MD as a pediatric ICU nurse. During the beginning of the COVID-19 pandemic she was sent by the army to New York City to assist at the New York City Convention Center field hospital. Most recently she was studying at Walter Reed to become a nurse practitioner. In her spear time she enjoyed traveling, hiking, and skiing.

She is survived by her mother and her husband, Pamela (Brad) Graham of Portersville, her brother, Jacob McCrumb of New Castle and his son Jayden McCrumb, and was loved and adored by many aunts and uncles.

Due to current restrictions a private visitation and service will be held for Jocelyn’s family at the Samuel Teolis Funeral Home and Crematory Inc.. Interment will be at the Pleasant Hill Cemetery.

Memorial contributions in Jocelyn’s name may be made to the Lawrence County Humane Society or to the Wounded Warrior Project.