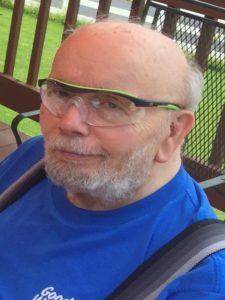 Mr. John A. Panella, 79, of Ellwood City passed away on Tuesday, August 3, 2021 at his residence with family members at his bedside.

Mr. Panella was born in Ellwood City on September 12, 1941 to the late Leo Vincent and Anna C. (DiLeonardo) Panella. He had graduated from Lincoln high School with the class of 1959. He then served with the United States Navy for four years. A self taught electrical engineer, John worked for both Rockwell International and Boeing in California. During his employment he had worked on the B! Bomber and the Space Shuttle. He enjoyed computers, cars, and attending car cruises.

He was preceded in death by his parents, and his brother, Leon Joseph Panella.

Family and friends will be received on Saturday, August 21, 2021 from 10:00 am until the time of the Blessing Service at 11:00 am at the Samuel Teolis Funeral Home and Crematory Inc.. Inurnment will be at the Locust Grove Cemetery.

Memorial contributions in Mr. Panella’s name may be made to the Geauga Humane Society Rescue Village, 15463 Chillicothe Rd., Novelty , OH 44072.