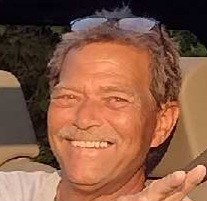 John was born in Biloxi, MS on November 25th, 1959 to the late John E. Palinski and MaryKay (Murphy) Palinski of Fombell. He had graduated from Bedford High School in Massachusetts. On May 25th, 1977 John enlisted with the United States Air Force and served until his honorable discharge on July 27th 1983 as a jet engine mechanic with the rank of E4. He was awarded the Air Force Training Ribbon, Air Force Overseas Service Long Tour Ribbon, Air Force Good Conduct Ribbon, and Air Force Longevity Service Ribbon. Since 1985 John worked for Healthy Environments LLC in Cranberry Twp. as a project manager. He also worked as a truck driver for Marten Transport and Schneider Services.

Johns most cherished times were with his immediate family enjoying camping, boating, hunting, fishing, quad riding, and time spent together. His most recent passion for the last 3 years was scuba diving in the “Keys” with his son and daughter on their yearly family vacation to Key West. John also enjoyed leisurely riding his Harley Davidson motorcycle.

He was preceded in death by his father, mother and father-in-law Jacob and Virginia Daufen Jr., brother-in-law Jessie J. Daufen, and his beloved Yorkie “Bodi”.

Family and friends will be received on Friday from 2:00 pm until the time of the memorial service at 5:00 pm at the Samuel Teolis Funeral Home and Crematory Inc. with Pastor Dennis Arndt of the Lillyville Church of God officiating . Members of the Veterans Honor Guard are asked to meet at the funeral home on Friday by 4:50 pm to conduct full military honors.

A celebration of life dinner will be held following the service at Lillyville Church of God, Light House Hall, 408 Hickernell Rd., Ellwood City, Pa 16117, all family and friends are welcome.