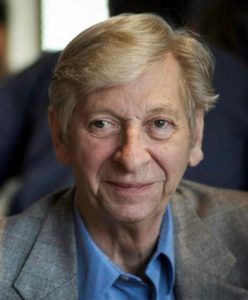 Mr. Stephens was born in Cleveland, Ohio on December 27th, 1938 to the late Rose Stephens. John served with the Army National Guard from February 11th, 1957 until his discharge on January 14th, 1958 with the Battery A, 107th Field Artillery Battalion earning the rank of Private E-2. He then enlisted with the United States Army on January 15th, 1958 and served until his honorable discharge on April 30th, 1963 with the rank of Private First Class.  For 30 years, John worked for Nabisco in East Liberty as a baker. He was a member and steward for the Bakery and Confectionery Union. He is also a former member of the Ellwood City Saxons Club. John enjoyed classical music, cars, dogs, cats, and loved feeding the squirrels.

He was preceded in death by his mother Rose, sister Elaine, and brother Frank.

A private family visitation and service will be held at the Samuel Teolis Funeral Home and Crematory Inc. with Rev. Robert Guy officiating.

Memorial contributions in Mr. Stephen’s name may be made to the; Lawrence County Humane Society.