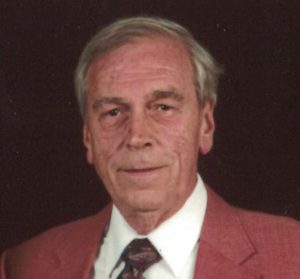 Mr. Luca was born on November 15, 1942 in Ellwood City to the late John and Mary (Simon) Luca. Bob is a member of the Lincoln High School class of 1960, and the Holy Redeemer Parish. He enlisted with the United States Marine Corps on July 19, 1964 and served until his discharge on March 21st, 1970 with the rank of Corporal (E-4). Following his service with the Marines, Bob worked for 42 years in the International Brotherhood of Electrical Workers Local Union #712. He is a member of the Ellwood City Hungarian Home where he had served as secretary for many years, and the Sons of Italy #608. He enjoyed hunting, traveling, cruising, and going to casinos.

He was preceded in death by his parents, and brother, Thomas Luca.

Visitation will be held on Friday from 5-8 pm at the Samuel Teolis Funeral Home and Crematory Inc.. A mass of Christian burial will be held on Saturday at 10:00 am at the Holy Redeemer Church with Father David Egan Officiating. Interment will follow at the Holy Redeemer Cemetery. Members of the Veterans Honor Guard are asked to meet at the cemetery on Saturday by 10:50 am to conduct full military honors.

Memorial contributions in Mr. Luca’s name may be made to the Good Samaritan Hospice at Heritage Valley Beaver, 1000 Dutch Ridge Rd. Tower B, Beaver, Pa 15009