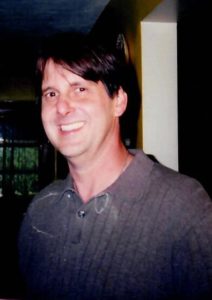 Joseph J. Lance, 61, of North Sewickley Twp. passed away on Tuesday, October 2, 2018 at his residence with his loving family at his bedside.

Joseph was born on April 19, 1957 in Ellwood City to the late Lawrence and Clara S. (Owoc) Lance. He is a member of the Riverside High School class of 1975, and attended the Community College of Beaver County where he studied maintenance courses. For 35 years, Joe worked at Armstrong World Industries as a instrument repairman. He retired in 2011. He enjoyed fixing clocks of all types and collecting vinyl records. He is a member of the Kingdom Congregation of Jehovah’s Witnesses in Beaver Falls where he was Baptized as one of Jehova’s Witnesses on May 19, 2012.

Visitation will be held on Friday from 1:00 pm until the time of the Service at 4:00 pm at the Samuel Teolis Funeral Home, Inc. and Cremation Services with Mr. Paul Kimmel officiating. Interment will be at the Pinewood Memorial Park.

Memorial contributions in Joseph’s name may be made to the Jehova’s Witnesses at JW.org.