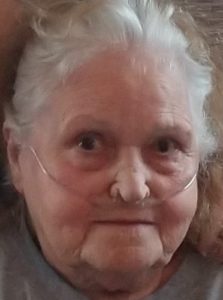 Joyce was born in Soddy, Tennessee on March 31st, 1936, to Leo Benson Housley and Eula Mae (Cochran) Housley. She graduated from the Kirkman Vocational High School in Chattanooga Tennessee in 1954. Soon after graduation, Joyce relocated with her mother and father to San Diego, California where she met and married her life-long husband, Vernon Wiebe. Joyce and Vernon were married on February 18th, 1955, in Yuma Arizona. For many years, Joyce owned and operated her own florist shop, Joyce’s Flowers in Lancaster California, where she selflessly catered to the floral needs of the entire Antelope Valley and surrounding neighborhoods.

She was preceded in death by her parents, her sister, Barbara (Ethyl) Teems, her brother, Jim Housley, her daughter Jacqulyn (Wiebe) Dakramanji in 2009, and her son, Robert Ernest Wiebe in 2016.

Following Joyce’s wishes there will not be a public service. Final arrangements are entrusted to the caring and very thoughtful family of Samuel Teolis at the Samuel Teolis Funeral Home and Crematory Inc.