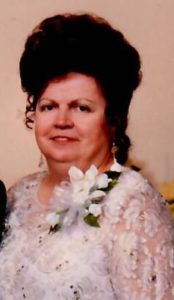 Mrs. Kotuba was born on June 27, 1939 in Ellwood City to the late Metro and Olga (George) Tamelcoff. She had attended Lincoln High School, and was a member of the Free Methodist Church in Ellwood City. She, along with her husband Paul, was the co-owner/operator of Paul’s Market in North Sewickley Twp. from 1963 until it closed. Julia was a fabulous cook, and loved being with her family.

She was preceded in death by her parents, her husband, Paul Kotuba whom she married on February 16, 1957 and passed away on October 20, 2006, her son, Paul Kotuba in 2017, her sister, Angie Schuler, her brother, James Tamelcoff, and her brothers-in-law, George Schuler and Allen Hamilton.

Visitation will be held on Friday from 4-8 pm at the Samuel Teolis Funeral Home Inc and Cremation Services, and on Saturday from 10:00 am until the time of the service at 11:00 am at the Free Methodist Church in Ellwood City with Pastor Ray Start and Rev. Norina Owens officiating. Interment will follow at the Holy Redeemer Cemetery.