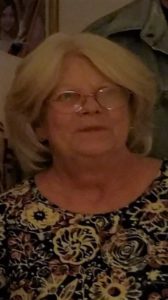 Mrs. Ottaviani was born on April 8, 1957 in Ellwood City to the late Richard Wright and Bertha Evans Wright of Franklin Twp.. She is a member of the Riverside High School class of 1975. Karen also graduated from the Beaver County Community College with a degree in accounting. A homemaker she enjoyed fishing, working puzzles, and especially spending time with her grandchildren.

She was preceded in death by her father, and her husband Richard Ottaviani whom she married on March 23, 1991 and passed away on March 19, 2015.

Visitation will be held on Friday from 2-4 and 6-8 pm and on Saturday from 10:30 am until the time of the service at 11:30 am in the Samuel Teolis Funeral Home Inc. and Cremation Services with Rev. Phil Conklin officiating. Interment will follow at the Lillyville Church of God Cemetery.

Memorial contributions in Karen’s name may be made to the funeral home or to the charity of the donors choosing.