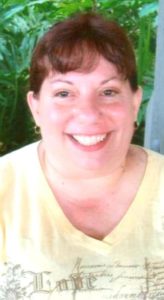 Kathryn E. Mazzanti, 58, of Ellport passed away on Friday, September 8, 2017 in the UPMC Magee Women’s Hospital.

Mrs. Mazzanti was born on September 28, 1958 in Ellwood City to Jerome and Judy Pfeil Cowan. She had graduated from Lincoln High School with the class of 1976, and from the Community College of Beaver County with a degree in Nursing. Kathy worked as an LPN at the Brighton Rehabilitation and Wellness Center or 38 years. She was an active member of the Victory Family Church in Cranberry Twp.. She enjoyed traveling, reading, and most of all her grandchildren. Kathy was a very compassionate and caring person who will be missed by her loving family and friends.

Kathy is survived by her mother Judy Cowan of Fallston,  her husband Fred Mazzanti, Jr. whom she married on October 20, 1979, her daughter Melissa Marie (Matt) D’Amico of Fombell, her son Kevin (Lauren) Mazzanti of Ellwood City, her grandchildren Levi, Luke, Bennett, and Brantley D’Amico, Mia, and Elden Mazzanti, her sisters Sue (Donald “Cork”) DiFrischia of New Castle, and Jane (Ken) Erickson of Fayetteville, NC, her brother Joe Cowan of Virginia Beach, her mother and father-in-law Fred and Rita Mazzanti, Sr. of Franklin Twp., and several nieces and nephews.

She was preceded in death by her father and her daughter Maureen Marie Mazzanti in infancy.

Memorial contributions in Kathy’s name may be made to the Ellwood City Area Public Library, or to the Victory Family Church building fund.