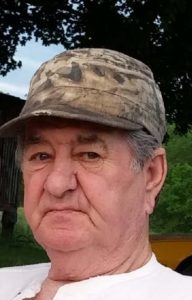 Kenneth Burgess 82, of Ellwood City, passed away on Tuesday, May 17th, 2022 at the Butler Memorial Hospital.

Ken was born on December 20th, 1939 in Zelienople to the late Ammon Burgess and Mamme (Sharp) Burgess-Dyke. In his younger years, Ken worked odd jobs as a carpenter, roofer and handyman until he began working for the Pentex Mill in New Castle as a general laborer. In 2002 he retired from UPMC Passavant Hospital in Zelienople as a coordinator.  He was a member of St. Gregory’s Catholic Church. Ken was an avid gardener who enjoyed planting flowers and taking care of his yard. He will also be remembered for being good with his hands, making furniture for his wife, Mary Ann.

He was preceded in death by his parents, and his brothers-in-law, Leroy Cortez, and Abe Cortez, and his sister-in-law, Anna Cortez.

Visitation will be held on Friday, May 20th, 2022 from 11:00 am until the time of memorial service at 12:00 pm at the Samuel Teolis Funeral Home and Crematory Inc., with Kay Bellissimo officiating.  Inurnment will follow at Locust Grove Cemetery.