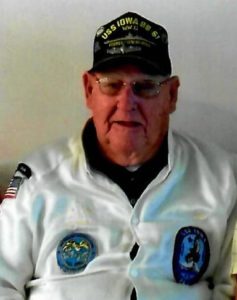 Mr. Sicard worked at the Aetna Standard Engineering Co. in Ellwood City for 42 years. After the plant closed he worked for the Bracken Construction Co, and as a self employed painter and handyman. He had helped build the Del-Mar Golf Course and the Wayne Twp. Volunteer Fire Department where he was a charter member.

Visitation will be held on Thursday from 2:00 pm until the time of the Memorial Service at 4:00 pm in the Samuel Teolis Funeral Home, Inc. and Cremation Services with Rev. R. Tod Custer officiating. Inurnment will be at the Slippery Rock Cemetery.

Memorial contributions in Leo’s name may be made to the American Legion Post #157.