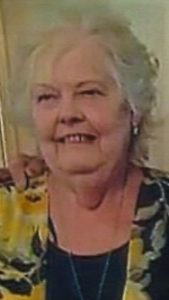 Mrs. Linda D. Balin, 74, of Ellwood City passed away on Wednesday, June 22nd, 2022 at the UPMC Presbyterian Hospital in Pittsburgh.

Mrs. Balin was born in Philadelphia on December 24th, 1947 to the late William E. and Delores E. (Yeager) Valentine. She had graduated from Lincoln High School with the class of 1965. Linda is a member of the Holy Redeemer Parish and had taught CCD at the former Purification BVM School.  For many years she had volunteered with the Ellwood City Football Mothers and the After Prom Committee. Linda was also a member of the Eastern Star, Ellwood City MOOSE Lodge #93 and enjoyed bowling and reading.

Linda was preceded in death by her parents, grandson, Benjamin Balin and great-grandson William Balin III.

Family and friends will be received on Saturday from 1:00 pm until the time of the Blessing Service at 2:00 pm followed by an Eastern Star Service at the Samuel Teolis Funeral Home and Crematory Inc. with Kay Ann Bellissimo officiating. Inurnment will be at the Locust Grove Cemetery.

Memorial contributions in Linda’s name may be made to the Ellwood City Area Public Library.