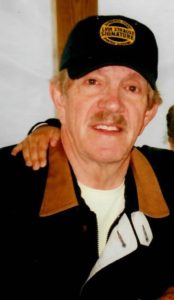 Mr. Loren L. “Larry” Cole, 80, of Perry Twp. passed away peacefully at his residence on Thursday, March 26, 2020 surrounded by his family.

Mr. Cole was born on July 4, 1939 in Webster, West Virginia to the late William J. and Ruth P. (Bailey) Cole. He had attended Lincoln High School. Larry then served with the U.S. Navy until his discharge on August 4, 1964. Following his service with the Navy, he worked at the Ellwood City Forge for 39 years. Larry was Baptist by faith, and a volunteer with the Ellwood City Hospital Auxiliary. He is a member of the Ellwood City Forge 25 year club, was an avid reader, and loved his cars. He also enjoyed fishing, hunting, and watching baseball especially the Pittsburgh Pirates. He will be remembered as being selfless, having a wonderful sense of humor, the best friend anyone could have, and generous to a fault.

He is survived by his wife, Donna (Sapp) Cole whom he married on July 16, 2002, his daughters whom he took great pride and joy in and spoke with almost every day, Lori Lee Cole of Cranberry Twp. and Lynn Ann Cole of Pensacola, FL, his step-daughter, Diana Tillia and step-son, Mike (Sue) Tillia both of Ellwood City, his grandchildren, Asia Anderson, Aaron Johnson, and Kayla Johnson, and his beloved dog, Max.

He was preceded in death by his parents, a sister in infancy, and his sister, Alice L. Biego.

Due to the current COVID-19 pandemic, a celebration of Larry’s life will be held at a later date.

Memorial contributions in Mr. Cole’s name may be made to the Ellwood City Library.