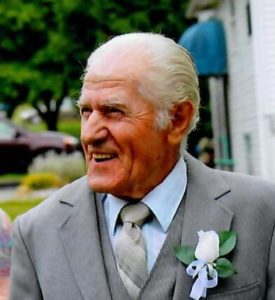 Mr. Luigi DiBattista, of North Sewickley Twp. passed away unexpectedly on Thursday, November 7, 2019 at his residence.

Mr. DBattista was born on July 19, 1940 in Roccaraso, Italy to the late Nicol and Maria (Ciarolla) DiBattista. He worked at the Ellwood City Knitting Mill, Garretts, which later became knowns as “MSL” in Ellwood City as a lead man in the press shop, Locust Grove Cemetery as a caretaker, and for Ellwood City Transit (Zona Tours) as a maintenance man. Luigi was a member of the Holy Redeemer Church, the Hungarian Home, and the Croatian Club in West Pittsburgh. An outdoorsman, Luigi loved animals, hunting, fishing, and was well known for raising whitetail deer.

He was preceded in death by his parents, his brother, Frank DiBattista, his sisters, Mary Theresa Morino, Rita Amicucci, Concelia Destefanis, and Ortensia Trilli.

Visitation will be held Monday, November 11th at the Samuel Teolis Funeral Home and Crematory Inc., from 2:00 pm until the time of the Blessing Service at 4:00 pm with Father Mark Thomas officiating.