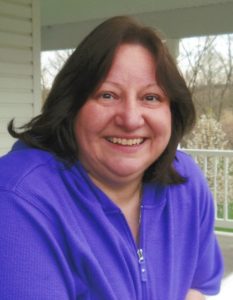 Lynn Raye Campbell, 62, of Wayne Twp. passed away on Friday, September 10, 2021 at the UPMC Presbyterian Hospital in Pittsburgh.

Lynn Raye was born in Ellwood City on January 31, 1959 to the late Erwin “Bud” and Mary (Rockyvich) Campbell. She had graduated from Lincoln High School with the class of 1977 and from Geneva College with a degree in Industrial Engineering. She had worked for GTE in Warren, PA for 3 years, Appleton Paper Company in Dayton, OH for 20 years, and most recently for Eric Ryan Corporation in Ellwood City for 12 years. While living in Dayton she was a member of the Prolific Writing Club. An avid reader, Lynn also is a member of the Ellwood City Library Book Club. She also was a Pittsburgh Steelers fan and enjoyed spending time with her family.

She was preceded in death by her parents, and her sister, Stacey M. Hoak.

Family and friends are invited to a mass of Christian burial to be held on Friday, September 17, 2021 at 10:00 am at the Holy Redeemer Church. Inurnment will follow at the Grandview Cemetery in Beaver Falls. Those attending the mass are asked to wear a mask.

Memorial contributions in Lynn Raye’s name may be made to the Ellwood City Area Public Library or to the Holy Redeemer Angel Fund.