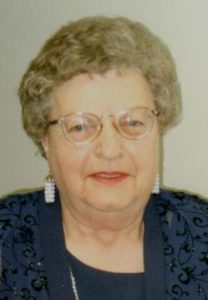 Mrs. Lutz was born on February 20, 1928 in Ellwood City to the late James and Marie Durbin Coast. She had attended Lincoln High School, and was a member of the United Free Methodist Church in Ellwood City.

She is survived by her sons, Bernard (Patty) Lutz of Portersville, and Ralph (Kathleen) Lutz of Ellwood City, her 7 grandchildren, 11 great-grandchildren, and her daughter-in-law, Marsha Lutz of Slippery Rock, Pa.

She was preceded in death by her parents, her husband Norman L. Lutz whom she married on December 20, 1946 and passed away on August 2, 1985, her son Norman R. Lutz, and her brothers, Sam, Ronald, Raymond, Alfred, and Ralph Coast.

As per Margaret’s wishes there was not a public visitation or service. Inurnment is at the Wurtemburg Cemetery. The funeral arrangements are entrusted to the Samuel Teolis Funeral Home, Inc. and Cremation Services.