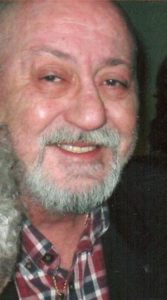 Mr. Morini was born on July 28, 1937 in Ellwood City to the late August “Custie” and Pauline N. Colao Morini. He had graduated from Lincoln High School with the class of 1955 and attended Penn State University. Mario had taught 7th and 8th grade math at the Purification BVM School for several years. He then worked as a Data Base Administrator for BF Goodrich in Akron and American Greetings in Cleveland. Mario then was the owner and operator of Morini and Associates in Stowe, Ohio until he retired in 2002 and moved back to Ellwood City. He is a member of the Hungarian Club, and enjoyed golfing and cooking.

He was preceded in death by his parents, and his daughter Marilyn Morini in 1963.

Family and friends will be received on Friday from 3:00 pm until the time of the Blessing Service at 6:00 pm in the Samuel Teolis Funeral Home Inc. and Cremation Services. Inurnment will be at the Holy Redeemer Cemetery.

In lieu of flowers memorial contributions in Mario’s name may be made to the American Heart Association.