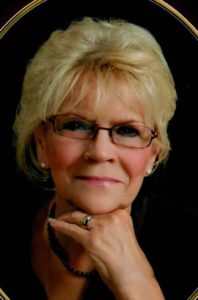 Mrs. Gruber was born on April 16, 1941 in Pittsburgh to the late Clarence and Josephine (Kasterik) Kaylor. She had graduated from the Mount Gallitzin Academy in Baden. Marion had worked for the Riverside School District in the cafeteria, and later at Acutran in Fombell as a custodian. She is a member of the Holy Redeemer Parish where she served as a Eucharistic Minister, CCD Teacher, and was very active with the RCIA program.

Mrs. Gruber is survived by her daughters, Julie Houk of Harmony, Laura Gruber and her fiance AJ Dilulio of Fombell, and Janet (Brad) McClean of Fombell, her sons, Eric (Gretchen) Gruber and Michael (Traci) Gruber both of Fombell, her grandchildren, Arica Enderle, Natalie Houk, Lynsie Houk, Lendyn McClean, Jadyn McClean, Morgan Gruber, Brooklyn Gruber, and Eyan McClean, and her great grandchild, Aleeya Yhelka. She is also survived by her sisters, Mary Summers of Georgia, Joan (Tom) Traymer of Pittsburgh, and Ruth Leibach of Wexford, her brothers, Tom (Maryann) Kaylor of Pittsburgh, and Patrick (Janice) Kaylor of Florida, and her many extended family members.

She was preceded in death by her parents, her husband, James R. Gruber whom she married on May 20, 1967 and passed away on January 10, 2007, her sister, Rose McLaughlin, and her brothers, Joseph, Daniel, and Eugene Kaylor.

Memorial contributions in Mrs. Gruber’s name may be made to the Holy Redeemer Ladies of Charity or to the It’s About The Warrior Foundation.