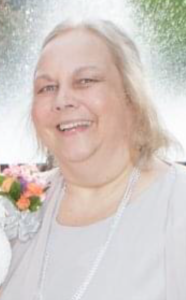 Mrs. Boots was born in Lock Haven, PA to the late James and Barbara (Yohe) Madden, Sr.. She is a member of the Slippery Rock High School class of 1979. She had worked at Cal’s in Portersville, Dom’s IGA in Ellwood City, and the Ellwood City Hospital as a therapy aide. She also had attended the Union Good Wheel Community Church.

Marjorie is survived by her husband, Charles R. Boots whom she married on August 30, 1980, her daughter, Jennifer Black and her son, Chas (Nicci) Boots both of Perry Twp., her grandchildren, Logan Black, Landon Black, and Brentlee Boots, her brother, James Madden, Jr. of Avis, PA, and her step-mother, Kay Madden of McElhatton, PA.

She was preceded in death by her parents, her sister, Julie Garlic and her brother-in-law, Dave Garlic.

As per Marjorie’s wishes there will not be a public service. Her final arrangements are entrusted to the Samuel Teolis Funeral Home and Crematory Inc..

Memorial donations in Mrs. Boot’s name may be made to the Alzheimer’s Association.