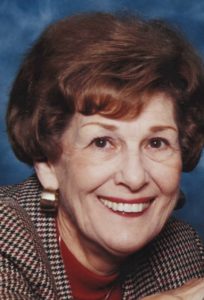 Mrs. Marjorie L. Hendrickson, 81, of Beaver Falls passed away on Friday, April 15th, 2022 at her residence.

Mrs. Hendrickson was born on August 26th, 1940 in Ellwood City to the late Karl and Grace (Irwin) Ketterer. She had graduated from Lincoln High School with the class of 1958. Marjorie worked as a secretary at Matthews Conveyor until the company moved out of Ellwood City. She later worked for Miller Dry Cleaners in Aliquippa until retiring in 2020. Marjorie had volunteered at the former Friendship Ridge Nursing Home, was an avid golfer, and loved spending time with her family.

She was preceded in death by her parents, her husband Arthur “Ace” Hendrickson, brothers, Richard Ketterer and Don Ketterer, sister-in-law, Norma Ketterer, and brother-in-law, Carl Agostinelli.

Family and friends will be received on Thursday from 5:00 pm until the time of the Blessing Service at 6:00 pm at the Samuel Teolis Funeral Home and Crematory Inc. with Father Mark Thomas officiating.

Memorial contributions in Mrs. Hendrickson’s name may be made to; Club Hope Foundation.