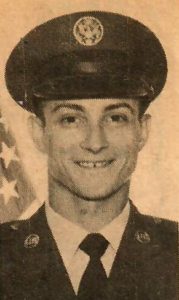 Mark Fellner , 64, of Ellwood City passed away on Tuesday, January 12, 2021 at the UPMC Jameson Hospital in New Castle.

Mark was born in Ellwood City to the late John F. and Camilla A. (DeCampli) Fellner on September 4, 1956. He had graduated from the Lawrence County Area Vocational Technical School with the class of 1974. He then worked at the Aetna Standard Engineering Co. until he enlisted with the U.S. Airforce in 1976. He completed basic training at Lackland Air Force Base in Texas, where he studied the Air Force mission, organization and customs and received special instruction in human relations. He then received technical training at Chanute Air Force Base in Illinois in the aircraft maintenance field. He was discharged in 1982. Following his service, he worked for the San Francisco Chronicle in the delivery department. After moving back to Ellwood City he worked as a bartender at the Hazel Manor. He was a member of the S.O.I. #608, and enjoyed bee keeping and reading.

He is survived by his sister, Shawn Fellner of Cranberry Twp., and his brother, Kevin Fellner of Ellwood City.

A private visitation and Blessing Service will be held for the family on Thursday at the Samuel Teolis Funeral Home and Crematory Inc. with Father Mark Thomas officiating. Inurnment will be at the Holy Redeemer Cemetery.

Memorial contributions in Mark’s name may be made to the Ellwood City Area Library.