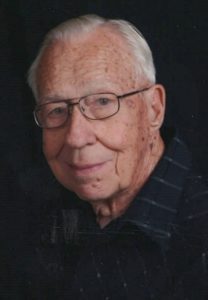 Mr. Jamison was born in Ellwood City to the late Mark H. and Carmel (Lamenza) Jamison Sr. on April 13, 1929. Mark is a member of the Lincoln High School class of 1947. In his youth he worked as a paper boy and following high school he was employed by the U.S. Steel Tube Mill in Ellwood City. He then enlisted with the U.S. Army infantry and served as a Military Police Officer with the rank of Corporal in Korea during the Korean War. Following his service with the army he worked for the Babcock & Wilcox Steel Mill in Beaver Falls in the quality control laboratory as a metallographer. After the mill closed Mark continued to work as a consultant for various steel mills until he retired at the age of 87. He is also a member of the Trinity Lutheran Church. Mark was an accomplished golfer and bowler, and most of all enjoyed spending time with his family.

He was preceded in death by his parents and his grandson, Jeff Pletz.

Visitation will be held on Tuesday from 3:00 pm until the time of the service at 5:00 pm at the Samuel Teolis Funeral Home and Crematory Inc. with Pastor Peggy Suhr-Barkley officiating. Members of the Veterans Honor Guard are asked to meet at the funeral home on Tuesday by 4:50 pm to conduct full military honors. Interment will be at the Locust Grove Cemetery.

Memorial donations in Mr. Jamison’s name may be made to the Shriners International or to the St. Jude’s Children’s Research Hospital.