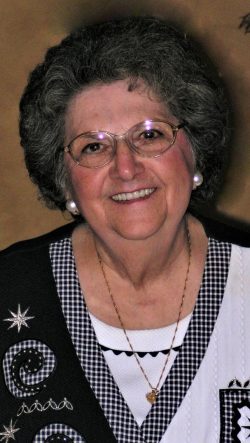 Mrs. Mary A. McClurg, 94, of Ellwood City passed away on Tuesday, December 27th, 2022 at Shenango on the Green in New Wilmington.

Mrs. McClurg was born in Ellwood City on October 23rd, 1928 to the late Bernardo and Damiana (Losacco) Sera. She had graduated from Lincoln High School with the class of 1947. Mary had worked at the Ellwood City Knitting Mill and Edelman’s Shoe Store. A devout Catholic, Mary was a member of the Divine Grace Parish, Holy Redeemer Church and the Holy Redeemer Christian Mothers. Her strong faith was an example to her family. She was also a long time volunteer for the church’s annual bazaar where she could be found cooking a variety of food. When she was no longer able to attend mass she would watch it on TV daily. Mary was a member of the Golden Agers, and enjoyed crocheting, playing cards, bingo, cooking, and spending quality time with her friends.

She was preceded in death by her parents, husband Wilmer E. “DeDe” McClurg whom she married on April 21st, 1951 and who passed away on January 17th, 2006, sisters Christine Casciato and Annie Rubino, and brother Michael P. Sera.

Memorial contributions in Mrs. McClurg’s name may be made to; St. Jude Children’s Research Hospital, stjude.org.