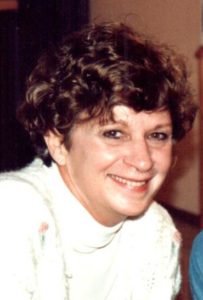 Mary was born on September 4, 1942 in Ellwood City to the late Robert J. and Anne Bradley Yeykal. She had graduated from Mount Gallitzin High School in Baden, and attended Duquesne University. She had worked at the WKST radio station in Ellwood City as a talk show host, the Ellwood City Ledger and the Cranberry Review Journal as a journalist. She was an avid reader and enjoyed writing and singing. Mary was also a co-founder and committee member of the Ellwood City Arts Crafts and Food Festival.

Mary was preceded in death by her parents, her daughter Anne Elizabeth Aumer in 2013, her sister Anne Tyler, and her brother Gerald Yaykal in infancy.

A private graveside service will be held for the family at the Holy Redeemer Cemetery with Pastor Cliff Reynolds officiating. The funeral arrangements are entrusted to the Samuel Teolis Funeral Home, Inc. and Cremation Services.