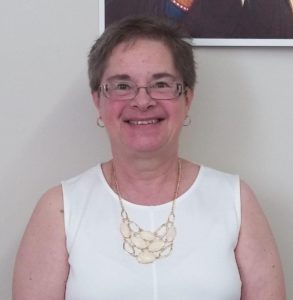 Mrs. Mihalick was born on January 21, 1952 in Youngstown, Ohio to the late Protodeacon Vladimir and Mary (Eodchik) Maksimoff. She had graduated from the Chaney High School in Youngstown, Ohio with the class of 1971 and then from Youngstown State University with a Bachelor of Music in Education in 1975. Janet then became the director of the St. John’s Girls Octet and recorded the album “New Valaamo”.  She then joined the faculty of St. Herman’s Theological Seminary in Kodiak, Alaska where she became the professor of Music. At St. Herman’s she taught music education, the Orthodox tones, choir directing, practical liturgics and trained many of the current priests in Alaska how to chant. Her female students were trained to become choir leaders (directors) in their villages and towns. Following her time in Alaska, she became the choir director in the 4 parishes she served; St. Michael in Irvona Pa, St. Mary’s in Madera, Pa, Holy Transfiguration in Pearl River, NY, and St. Andrew’s in Dix Hills, NY. During her years of ministry in those parishes she worked with many talented Church musicians and was well known for her Church music arrangements which can be found in the repertoire of many parishes around the country. On January 1, 2015 she joined the St. Nicholas Orthodox Church in McKees Rocks and served as their Choir Director until her retirement in June of this year. She enjoyed cooking, reading, gardening, and British Culture. Her greatest joy was being a grandmother for her grand-daughter, Sophia.

She is survived by her daughter, Alexandra (Benjamin) Gajewski of Pittsburgh, her grand-daughter, Sophia, and her sisters, Claudia Maksimoff of Fort Pierce, FL and Pauline (Dn. David) Gemmel of Youngtown, Ohio.

She was preceded in death by her parents, and her husband, Archpriest Michael J. Mihalick whom she married on September 10, 1978 and passed away on December 10, 2012.

A private service for the family will be held on Monday at the Orthodox Monastery of the Transfiguration in Ellwood City with Father Thomas Soroka and Father Edward Pehanich officiating. Interment will follow at the Monastery’s Cemetery. The funeral arrangements are entrusted to the Samuel Teolis Funeral Home and Crematory Inc..

Memorial contributions in Mrs. Mihalick’ name can be sent to; Monastery of The Transfiguration, 321 Monastery Lane, Ellwood City, Pa 16117.