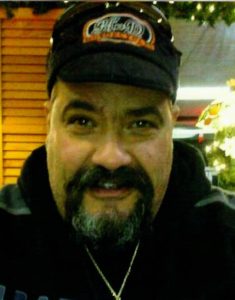 Michael A. “Mundo” Parisi, 62, of Ellwood City passed away on Friday, June 26, 2020 at the Heritage Valley Medical Center.

Mundo was born on December 16, 1957 in Ellwood City to the late Armundo and Lena (Vitullo) Parisi. He was a member of the Lincoln High School class of 1975 and the Word Alive Church. Mike had worked at Nalco, Sheetz, Co-Part, Aikens, and later as a self employed truck driver. Most recently he was the owner and operator of Mundo’s Auto & Cycle Detail and Sales Inc.. He also was a member of the MOOSE #93, and enjoyed taking his Cutlass to car cruises.

He is survived by his wife, Deborah (Walker) Parisi whom he married on November 30, 1997, his daughter, Erica (Joey) Miller of Ellwood City, his grandchildren, Hailey Lechner, Linzy Miller, and Breana Miller, his great-grandchildren, Dakota Joe Miller, and Lane Howard Joy, his sisters, Anna Main and Rose Parisi, and his mother-in-law, Jean Walker all of Ellwood City. He is also survived by his niece, Amanda Parisi, nephew, Tim “Cooch” (Melissa) Main, great-niece, Jolena Main, and great-nephew, Dylan Main.

He was preceded in death by his parents and his father-in-law, Howard Walker.

Visitation for the public will begin at 5:00 pm on Tuesday until the time of the service at 7:00 pm with Pastor Cliff Reynolds officiating at the Samuel Teolis Funeral Home and Crematory Inc..