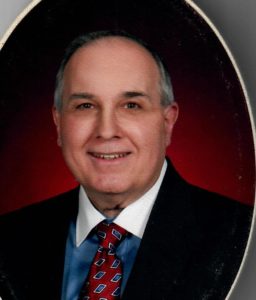 Mr. Ciampaglione was born on January 19, 1946 to the late Guerine and Filomena (DiPaolo) Ciampaglione. He had graduated from Beaver Falls High School with the class of 1963. He then attended Geneva College and graduated from the University of Pittsburgh School of Pharmacy. Michael worked as a Pharmacist/Manager at Ray’s Pharmacy in Beaver Falls until 1990, then he became the Pharmacist/Manager at Rite Aid in Beaver Falls until his retirement in 2015. He was also a member of the St. Monica’s Catholic Church.

In addition to his parents, he was preceded in death by his sister, Dolores Ciampaglione in 1970, and his in laws, Dominic and Mary (Ritorto) Ricciuti.

Due to the current conditions with COVID-19, a Memorial Service for Michael will be held at a later date. Inurnment will be at the Holy Redeemer Cemetery.

Memorial contributions in Mr. Ciampaglione’s name may be made to the charity of the donors choosing.