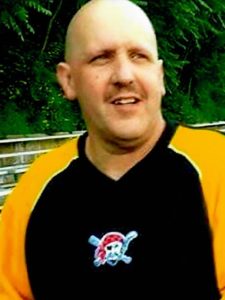 Mike Zelic, 50 of Perry Twp. passed away on Thursday, November 16, 2017 at the UPMC Shadyside Hospital.

Mike was born on July 5, 1967 in Ellwood City to Dann Zelic and Mary Jane Zelic Viccari. Mike graduated from Lincoln High School with the class of 1985. Mike, along with his parents, operated Mike’s Bait Shop in Perry Twp. while he was growing up. Following high school Mike moved to Florida and worked for Chem-Lawn for five years. After moving back to the Ellwood City area, Mike worked at the BMC Steel Mill in Butler in the shipping and receiving department for 22 years. He is a member of the Mahoning Sportsman’s Association in Hillsville. He enjoyed hunting, fishing, ATV riding, and watching the Pittsburgh Steelers and Pirates.

Family and Friends will be received on Monday from 9:00 am until the time of the Blessing Service at 11:00:00 am in the Samuel Teolis Funeral Home, Inc. and Cremation Services with Father Mark Thomas officiating.