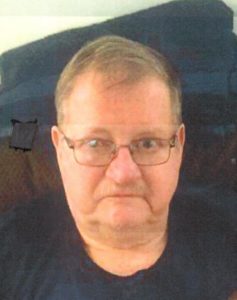 Dan was born on April 23, 1952 in Fombell to the late Arthur J. and Jean Matthews Hawke.  He is a member of the Riverside High School class of 1970. Dan served with the U.S. Air Force  February 12, 1971 until his discharge on February 10, 1978.  He than worked at Tex Oil and Gas and Marathon Oil in Texas than at Trader Horn. Dan enjoyed spending time with his grandchildren and great grandchildren.

He was preceded in death by his parents, his brother Art Hawke and his sister Dorothy Cresse.

Visitation will be held on Monday from 1:00 pm until the time of the service at 4:00 pm in the Samuel Teolis Funeral Home, Inc. and Cremation Services. Members of the Veterans Honor Guard are asked to meet at the funeral home on Monday by 3:50 pm to conduct full military honors.

Memorial donations in Dan’s name may be made to the VA Butler Healthcare, 325 New Castle Road, Butler, PA 16001.