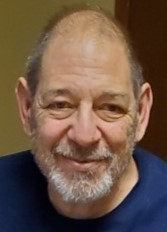 Mr. La Gala was born on March 28th, 1956 in Ellwood City to Guiseppe “Joe” and Rose (Russiello) La Gala. He graduated from Lincoln Highschool with the class of 1974. He then enlisted with the U.S. Army on June 29th, 1974 and was discharged on June 28th, 1977 with the rank of SP-4  and received the National Defense Service Medal. Mr. La Gala worked at Castle Cheese in Slippery Rock as a plant manager for 20 years. He enjoyed working on cars, and just giving a helping hand however he could.

He was preceded in death by his father, Guiseppe “Joe” La Gala, and his daughter, Amber La Gala.

Visitation will be held on Sunday February 28th 2021, from 2-4 and 6-8 pm at The Samuel Teolis Funeral Home and Crematory Inc.. A Mass of Christian burial will be held on Monday, at 10:00 am, at The Holy Redeemer Church with Father Mark Thomas officiating. Interment will follow at Holy Redeemer Cemetery. Those attending the funeral mass are asked to meet at the funeral home by 9:15 am.

Memorial Contributions in Mr. La Gala’s name may be made out to the American Diabetes Association, or the American Cancer Society.

Those attending visitation and the funeral mass are asked to wear a mask and practice social distancing.