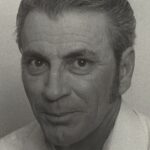 Gary was born on October 13th, 1944 in Pittsburgh to the late Marshall and Edna (Henderson) Forsythe. He attended Mars High School and is a veteran of the United States Army with a discharge rank of E-4 (Specialist).  He worked at Wooding’s Industrial in Mars as a supervisor, Fombell Fabricating, Cullum Mechanical Construction as a plumbing foreman and lastly at Adam’s Manufacturing as a warehouse worker. Gary enjoyed gardening, and was avid fan of the Pittsburgh Pirates and NASCAR Racing.

He is preceded in death by his parents, and two brothers, Wayne and “Junior” Glenn Forsythe.

As per Gary’s wishes there will be no visitation or service. Final arrangements have been entrusted to the Samuel Teolis Funeral Home and Crematory Inc..