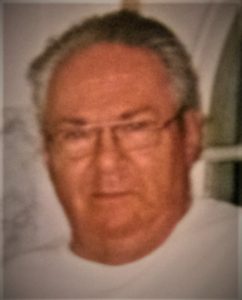 Born in Pittsburgh on November 5 1936, he was the son of the late John D. and May (Harrison) Ferguson of Mount Jackson. Jack graduated from Mount Jackson High School in 1954. He was employed at Calgon in Ellwood City from 1977 until his retirement from Nalco in 2000. He also worked as a courtesy driver for McElwain’s Motor Car Company in Ellwood City from 2002 until 2010. Jack proudly served in the U.S. Army from 1958 to 1962 where he was stationed in Germany.

He was preceded in death by his parents and a brother Russell Ferguson.

Jack will be remembered by his quiet, good natured personality. He will be greatly missed by all those who loved him and those who had the privilege of knowing him. The family would like to thank the staff at Jameson Care Center and Three Rivers Hospice for the care they provided.

As per Jacks wishes no services will be held. Final arrangements have been entrusted to Samuel Teolis Funeral and Crematory Inc. Interment will be at Westfield Church Cemetery in New Castle Pa.