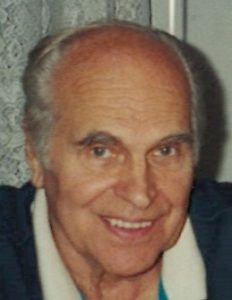 Joseph was born on June 2nd, 1927 in Burnstown (Ellwood City) to the late Joseph and Mary (Ignatovich) Burcik Sr.. He attended Lincoln Highschool. Joseph was drafted in 1945 by the U.S. Army and served at the airfield of Goose Bay in Canada which was the distribution point for supplies to Great Britain during world war 2. He was honorably discharged from the Army on August 24th, 1949, with the Rank of Private First Class. Joseph then re-enlisted with U.S. Army in 1950 during the Korean War where he received the Korean Service Medal with 3 bronze campaign stars. He was again honorably discharged in 1951 but this time, with the rank of Corporal. Joseph is a member of the Lillyville Church of God and the Hungarian Home. He worked at the Babcock and Wilcox Company in Beaver Falls, The Ellwood City Iron and Wire, Aetna Standard, and lastly, at the Ellwood City Forge as a machinist and crane-man. Joseph was an outdoorsman who enjoyed gardening, fishing, hunting, and all of his beloved dogs.

He is survived by his daughters, Cheryl Thomas of North Sewickley Township, and Janet (Zach) Urbanic of Darlington, his son, Jay Burcik of Montgomery Village, MD, his sister, Catherine Pander of Ellwood City, his grandchildren, Brandon Zito, Kylie Zito, and Ryan (Elaine) Thomas, and three great-grandchildren.

He was preceded in death by his parents, his wife, Dolores (Reese) Burcik whom he married on November 14th, 1953 and passed away on September 24th, 2009, his sisters, Catherine Burcik (in infancy), Helen Konyak, and Mary Slavic, and his brothers, Steve (in infancy), Mike and Steve Burcik.

A private visitation and service with military honors will be held at the Samuel Teolis Funeral Home and Crematory Inc, with Rev. Dennis Arndt officiating. Interment will be at the Locust Grove Cemetery.

Memorial contributions may be made in Joseph’s name to the Beaver County Humane Society, or the Ellwood City Area Public Library.